In the past couple of months we have experienced a sharp rise in silver prices, mainly during the middle of March, around the time the tsunami attack on Japan, while gold prices didn’t do much. What is the reason for this difference in performances between precious metals?

There are numerous articles that try to explain the rally of silver prices, especially during March seeing that they have risen by more than seven percent from the beginning of the month to date.

Some analysts present compelling points that might have been among the factors that drove silver prices up, such as the rise in the uncertainty in the Middle East and the turmoil in Japan; however these explanations all lack one key aspect and that is gold price’s stagnation during March.

The leading paradigm was that gold prices dragged silver prices up, especially if you consider that gold was the prime soft metal traders looked to invest in as the economic recession began in 2008.

During March, however gold price declined by nearly 1%, while silver spot price rose by 7.5%. Despite the difference in trends of these commodities’ prices, as seen in the chart below, the correlation between gold and silver prices was still high at 0.885. 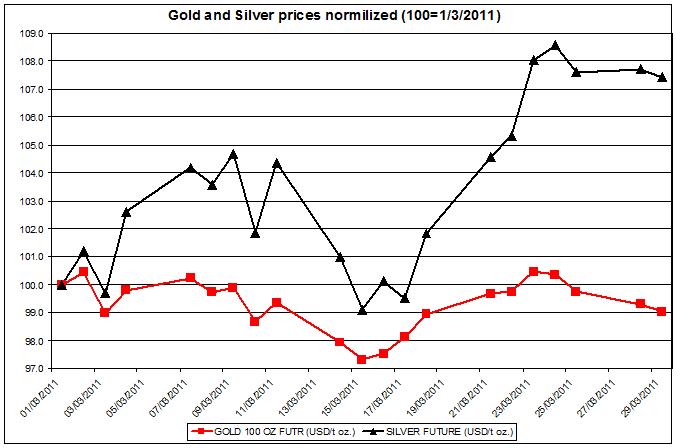 Furthermore, as seen in the price ratio of gold to silver chart below, there is a decline in this ratio since the end of January. This means that silver price rose at a higher rate than gold price did during that period. 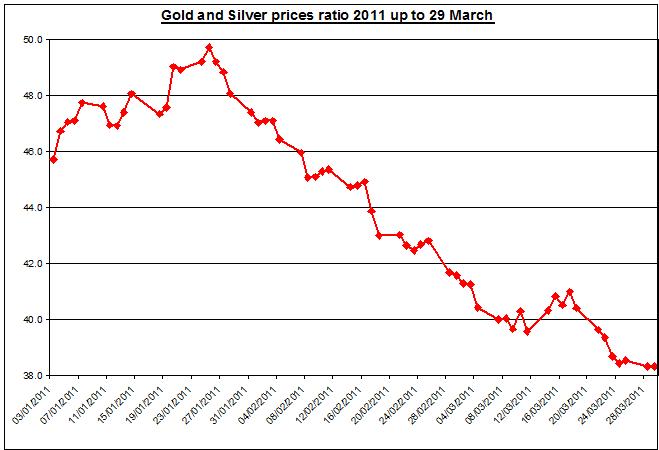 So what exactly happened here? Why this shift in which silver outperformed gold?

There are several hypotheses that might explain this occurrence: 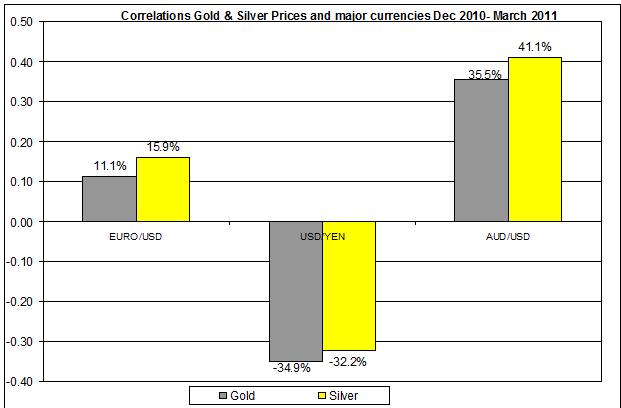 These factors might have played the tipping points that drove hot and fast speculation funds towards silver. Will we continue to see a silver outperforming gold in the near future? This is a difficult question I will try to answer in a near future post.