The month of March closed with WTI spot oil prices rising by 7.1%, and Brent oil price increasing by 3.4%. As seen in the chart below, Brent oil and WTI presented an upward trend in the past six months and a drastic prices hike from the end of February 2011. 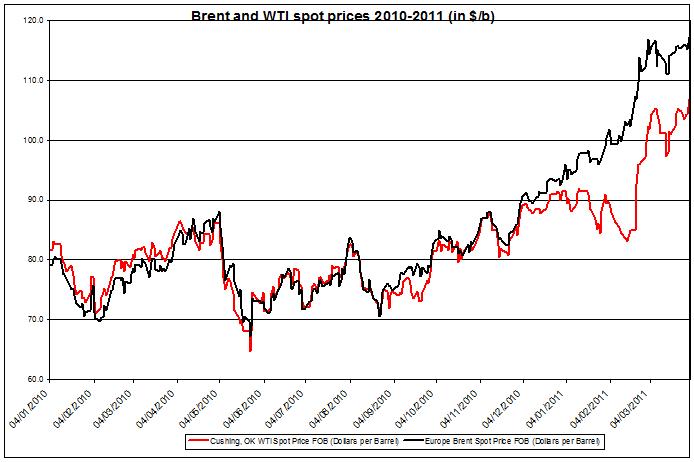 This rise was probably related to the uprising in the Middle East and in particular in Egypt which then reached Libya. The war in Libya along with the tsunami attack on Japan probably tipped the scale again and pressured crude oil prices to further rise during the second half of March.

Crude oil prices didn’t present a strong correlation to any of the major currencies during March. The strongest correlation of the daily percent changes of crude oil prices was to Canadian dollar/ US dollar exchange rate with -0.28.

Difference between Brent and WTI

The gap between the two commodities remained around the 7-14$/b during March, and didn’t fluctuated as it did during February. 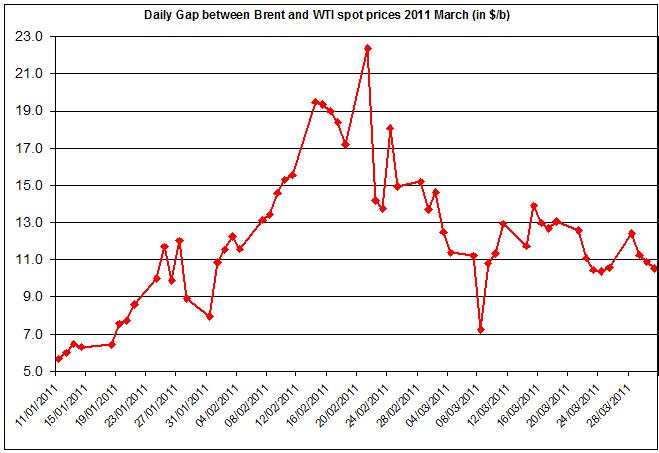 Furthermore, during March there was a decline in the variance of the daily changes in the difference between Brent oil and WTI as seen in the chart below: 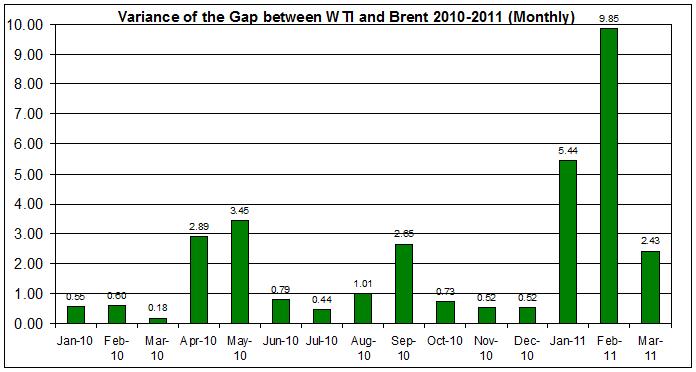 The variance rose during January and peaked during February. In March the variance declined to 2.43$/b.

During April I speculate this premium will probably continue to be around 10-15 US/b and the variance not rising above the level it reached during March.

The petroleum stocks are still low in historic figures (but as expected for the season) and ended March on 1,768 million barrels. (For the full petroleum report, see here). 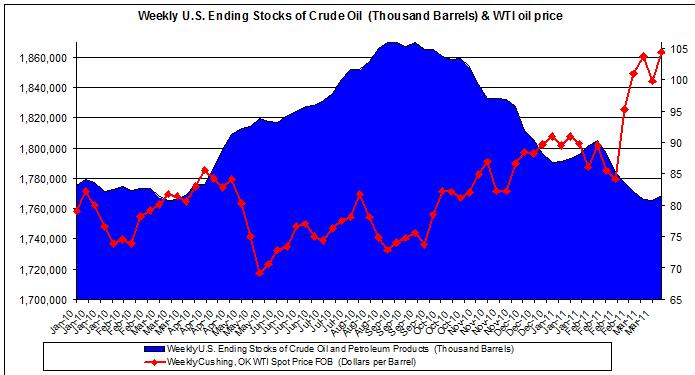 This is probably an indication of the strong affect the turmoil in the Middle East has had on crude oil spot prices as it crowded out the effect the changes in US oil consumption had on oil spot prices.

As stated above, I speculate that the difference between Brent oil and WTI will not increase in April, this means they will move in concert as they did during March. Furthermore, since crude oil prices already incorporated most of the uncertainty of the events from Middle East and Japan, it’s likely that these events won’t have an additional affect on oil prices in April. Excluding any further deterioration in the Middle East, it’s likely that crude oil prices will continue to level out and might even moderately decline throughout the month of April.