Crude oil prices continue to seek direction as they didn’t do much during most of the week with no clear trend. by the end of the week, Brent oil price added 0.32% to its value, and WTI spot oil inclined by 2.19%, resulting in the spread between Brent oil and WTI oil reaching $20.48/b. The IEA projections for 2011 crude oil demand were updated upwards; OPEC released during last week its monthly report and showed Saudi Arabia raised its quota;  China’s GDP growth rate during the second quarter remained high;  and the US inflation fell by 0.2% in during June.

Let’s review the changes during last week (July 11th to July 15th) of crude oil prices (Brent oil and WTI), and present a summary of the recent EIA petroleum report:

The difference between the Brent and WTI spot prices sharply inclined and averaged at $20.67, and it finished the week at $20.48.

The rising gap between Brent oil and WTI spot oil might suggest that the European oil market is tightening up compared to the U.S. oil market; it also suggest that the recent announcement of the IEA to release crude oil, doesn’t assist much in bringing down the supply-demand friction.

The chart shows that both Brent spot oil price and WTI spot oil didn’t change much during the week with no clear trend. 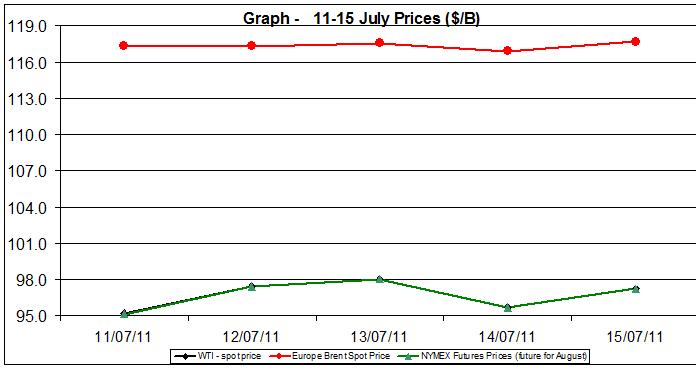 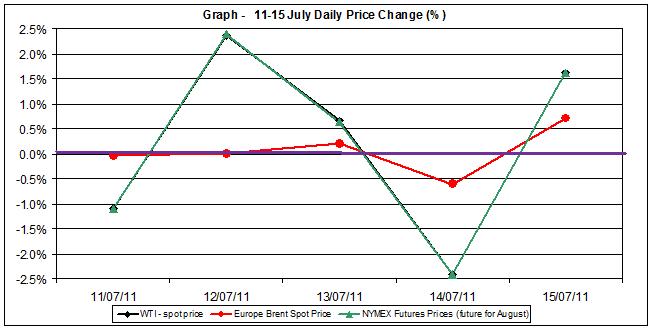 In the chart WTI spot oil remained during most of the week near the zero percent change; Brent oil on the other hand was much more volatile as it zigzagged during the week from sharp falls to sharp rises.

The chart below shows the ongoing recent shift from downward trend to upward trend of WTI spot oil price , as it inclined during the past couple of weeks; petroleum and oil stocks keep their slow climb up. 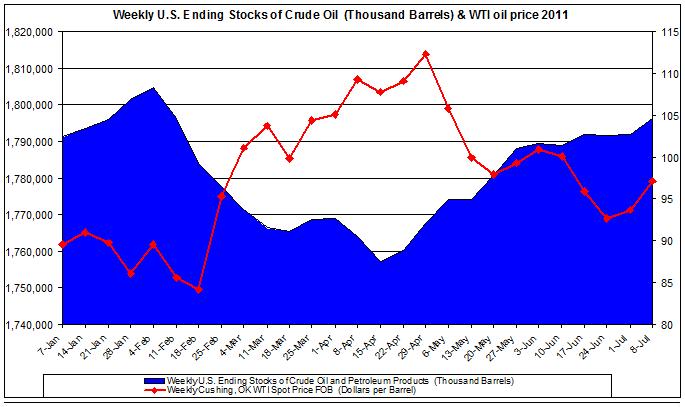