Crude oil prices started off July with sharp rises, but afterwards stabilized and ended the month with moderate falls. The same can’t be said for August that started with very sharp falls. Will this trend continue throughout August? I will present herein the main changes in crude oil prices (WTI and Brent oil) during July, and provide an outlook for crude oil prices for August 2011:

During July 2011 WTI spot oil prices nearly didn’t change and finished 0.4% above its initial price level; Brent oil price increased by 3.78%; these moderate rises were curbed, in part, by the IEA decision to release 60 million barrels of crude oil from its emergency supply during July. The average prices in July also rose by 1.08% for WTI spot oil and 2.76% for Brent oil compared with June’s. 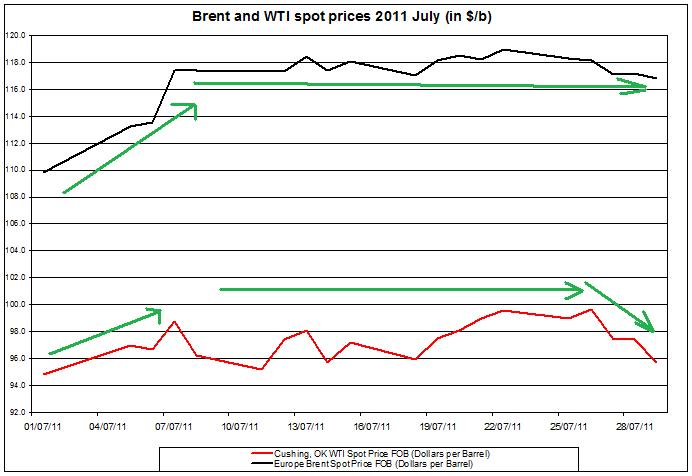 The chart above shows the changes in both major energy commodities’ prices (Brent oil and WTI spot oil). It shows the rises mainly for Brent oil during the first week of July, and the stability that followed for these commodities prices during the rest of the month.

These figures indicate that crude oil prices’ volatility decreased in July as the uncertainty in the oil market fell. 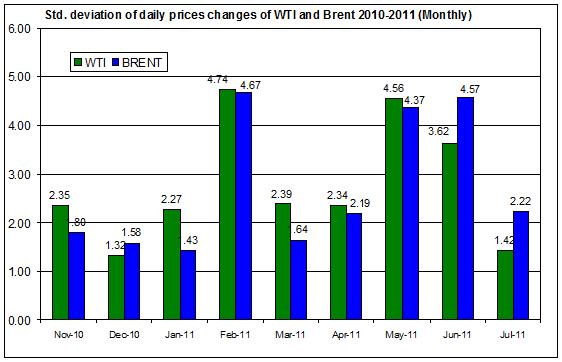 The Difference between the two commodities fluctuated during July ranging between $15 and $22 and it has peaked during the second week of July. 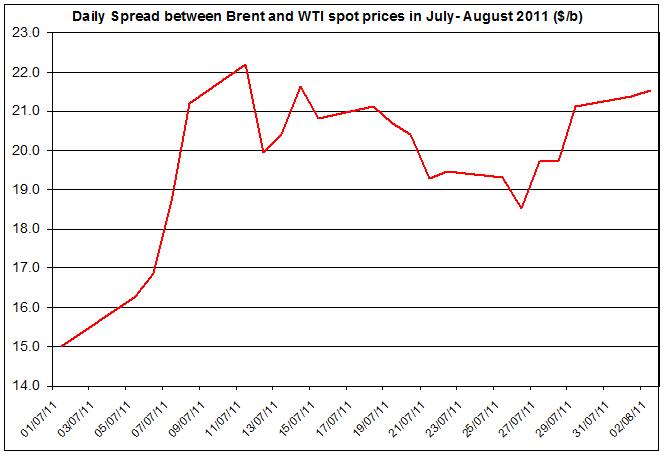 Its variance sharply declined and reached $3.36 in July compared with $6.42 during June 2011. This is another indication that the level of volatility in the oil market has subsided. 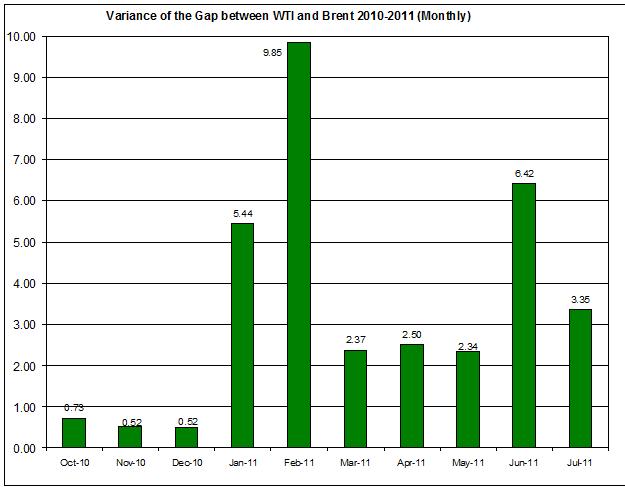