During last week, gold prices didn’t change in a consist pattern and started off the week with falls; in the middle of the week they showed some strength, and finally at the end of the week finished with moderate falls; in a similar manner silver prices also showed an inconsistent pattern during the week, as appose to the previous week, in which silver prices increased nearly throughout the entire week.

Let’s see the main changes for these precious metals prices for the week ending on April 1st:

The following table summarizes the main descriptive figures of gold and silver prices:

During March gold prices rose by nearly 0.6%, while silver prices increased by 10.1%.

The prices of silver and gold chart below are normalized to 100 to the price at the beginning of the week – March, 28th. 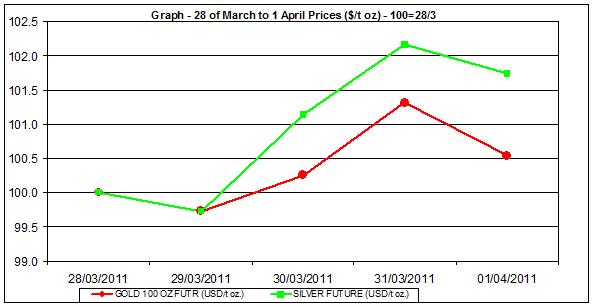 The graph shows how both these precious metals’ prices had a moderate upward trend.

In the last chart are the daily percent changes of silver and gold prices during last week. It shows how gold and silver prices had inconsistent fluctuations on a daily basis throughout the day. 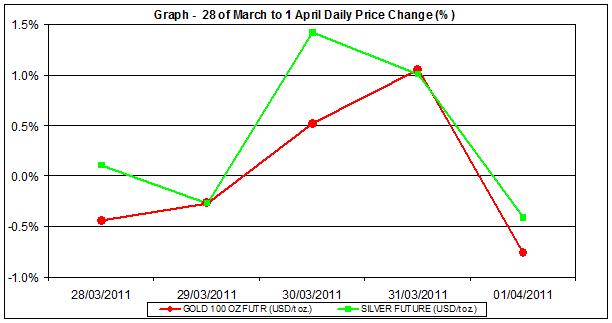