As expected the European Central Bank decided to keep the interest rate at the same level of 1.5%; this rate decision didn’t seem to surprise the market and concerns over the debt in Europe continues to be one of the prime risks of the European market.

The European Central Bank convened today and decided to keep the Euro Area interest rate at its current level of 1.5%. This is after the ECB raised the rate by 0.25 percent points last month.

One of the main reasons for the interest rate to remain unchanged is related to the stability of the Euro Area inflation rate: in July 2011 the annual inflation rate reached 2.5% in annual terms, which is lower than the inflation rate in June of 2.7%; but the current inflation rate is still above ECB’s 2011 annual target inflation of 2%.

The chart below shows the changes in interest rate and EURO inflation rate since January 2008 up to date. 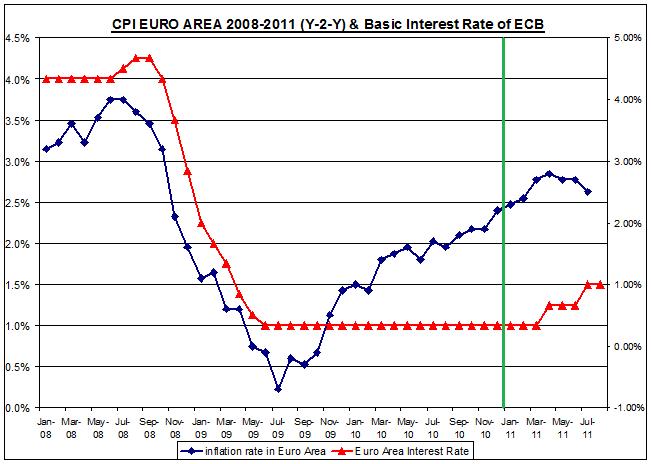 The financial market experiencing high volatility as the BOJ announced it will expand its quantitative easing plan :