As seen in the chart below, both precious metals rose very precipitately: during the month of April, gold rose by 8.9%, while silver increased by a whopping 28.8%. 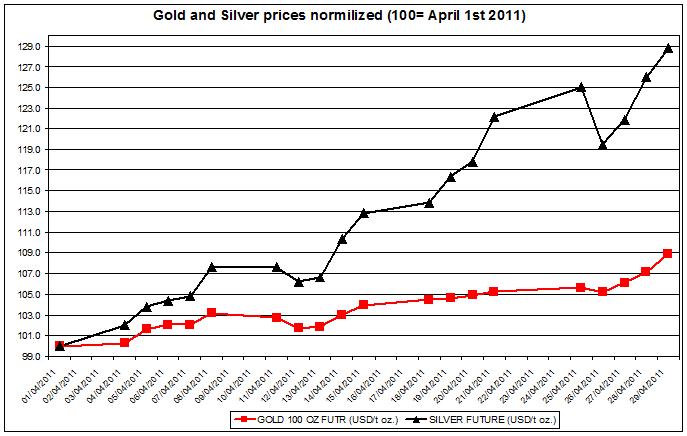 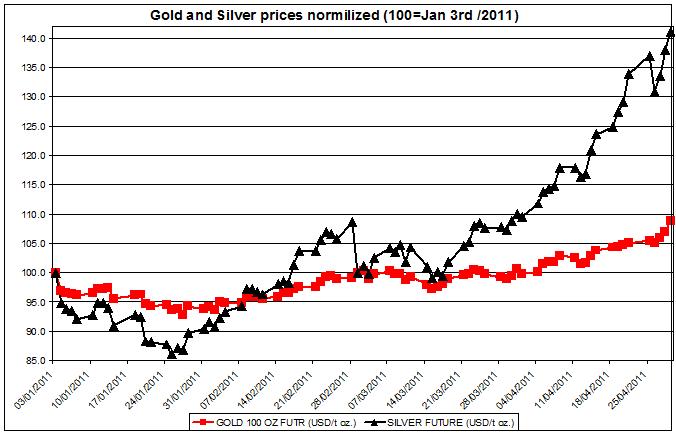 The chart shows that silver and gold were more of less at a similar level up to the middle of March and since then silver price started to pick up and outperformed gold prices by a landslide.

Despite the hike in silver price during the last month and a half the correlation between gold and silver was still high as seen below: 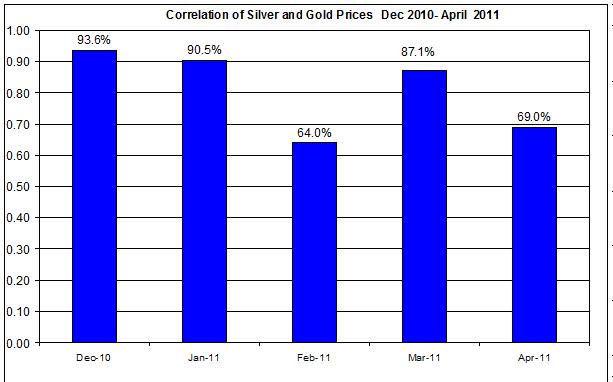 There are a couple of factors that might explain the rise in silver over gold during that time and both relate to the Japan’s tsunami which happened at the mid of March: 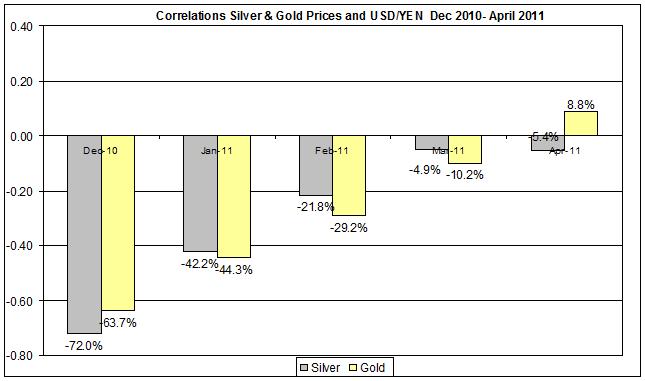 The gold supply remained high compared to its demand during 2010 ad this trend is likely to continue towards 2011.

In such as case, this implies that the forces of supply and demand have little to do with the current gold prices in 2011.

It’s well known that gold and silver are used to hedge against the depreciation of the US dollar and the inflation. As such, it puts gold and silver in a very unstable position that when the fear of inflation and US dollar depreciation against major currencies will drop down the gold and silver prices are likely to tumble right after. When such a scenario will take place? That’s the million dollar question…

The correlation of gold and silver prices shifted in the last couple of months as the AUD/USD that used to be very highly correlated with these metals, declined. Australia is among the leading exporter of gold and therefore it makes sense it will be correlated. 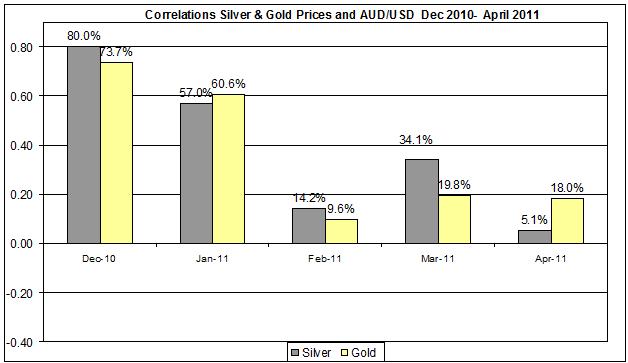 This finding might suggest that again the rise in recent month of gold and silver isn’t related to the supply and demand dynamics.

On the other hand, there was a rise in HK/USD correlation (in absolute terms). Hong Kong is a major importer of gold and it might be that its role in the rise in gold and silver prices during 2011. 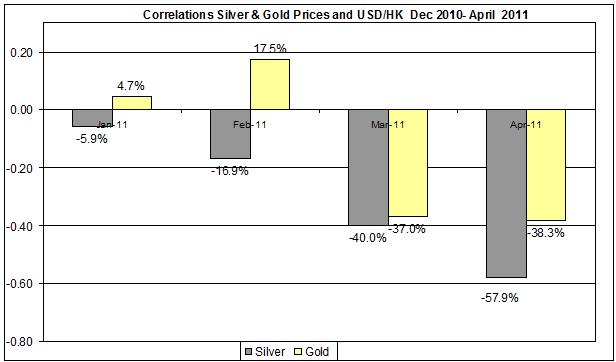 For the Yuan there is also a rise in correlation between silver prices daily percent change in Yuan during April. This might also be an indication for the out performance of silver over gold. 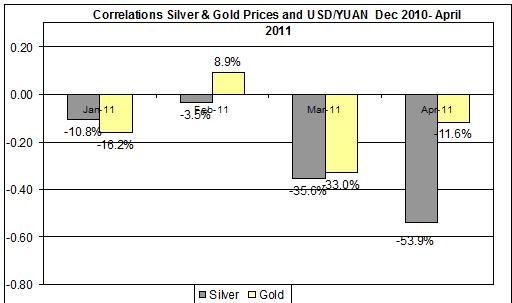 Outlook for silver and gold prices – May 2011

The current prices of silver are freefalling probably due to the increase in margin requirement as I have reported yesterday, May 3rd. This change might attribute to the slowdown in silver prices; I think that the hike in silver prices during April was a bit over the top and therefore I speculate silver will come down from its record high rate.

Gold prices are also at an all time high and are likely to follow silver and drop but if so at a very moderate rate and by the end of the month it might even make a come back to its high level it was at by the end of April.

Since major economies including US, Euro zone and Japan are still trying to recover from their economic slowdown, their condition including the rising inflation and weakness of major currencies are likely to keep gold and silver prices at a high rate in the short to mid term, even if they won’t increase much further during May.