Gold price rose again yesterday, while silver price broke formation and declined; currently both precious metals’ prices are dropping as the Euro further weakens. Today, the Canadian and American trade balance will be published along with July’s OPEC report.

Let’s examine the news of the day related to the precious metals market for today July 12th:

During July, gold price increased by 3.1%, and silver price inclined by 2.5%. 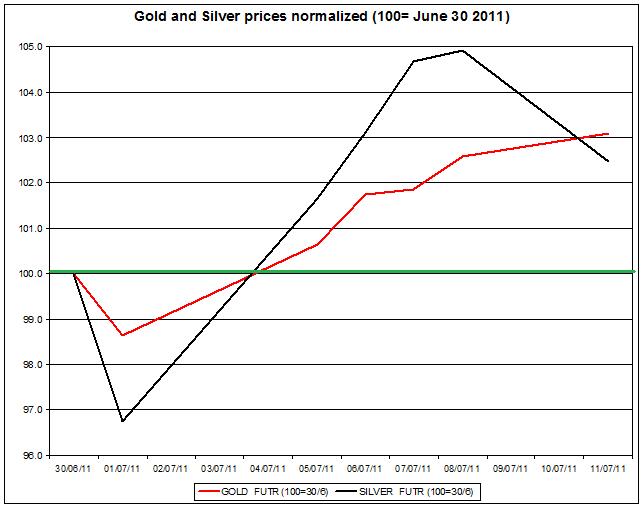 The gold to silver ratio: As of Monday, July 11th the ratio between gold and silver prices was still around the 42-43 mark as it rose to 43.40; during July this ratio inclined by only 0.6%, which means that during July (up to now) silver and gold prices nearly didn’t change compared with their price level at the end of June. 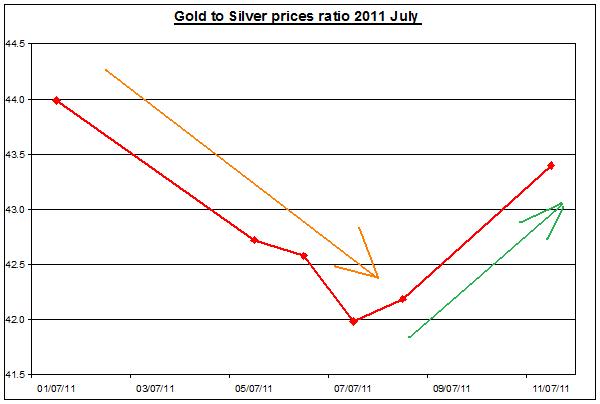 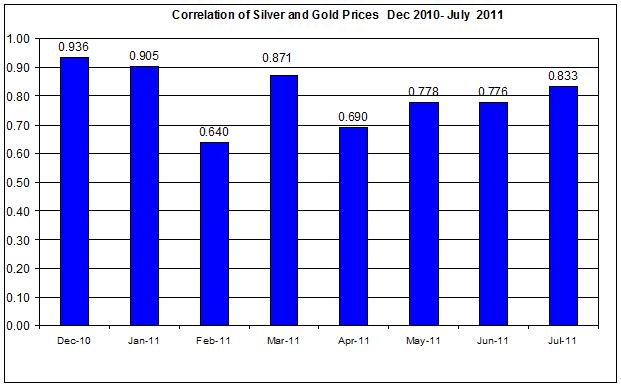 These findings might suggest that as the Euro keeps on falling, probably due to concerns over the recent waiver of ECB on collateral rules for Portugal and the Greece bailout news, gold and silver prices will eventually be affected by these falls and will soon follow and decline.

Today, the American and Canadian trade balance reports will be published; if they will be positive and show a drop in deficit, it may further strengthen the Canadian dollar and US dollar compared to other currencies which may affect gold and silver prices.

On the other hand in the previous April Canadian report, exports declined by 1.9%, and imports fell by 0.6%; as a result, the trade deficit widen to $924 million in April.

The precious metals prices are currently traded down in the European markets:

The current ratio of gold to silver prices is at 43.90.