Let check out how gold and silver did compare to investing in the stock market in this case – S&P500 during the month of May.

First, notice that during May there was a strong linear correlation between silver and gold prices and S&P500. 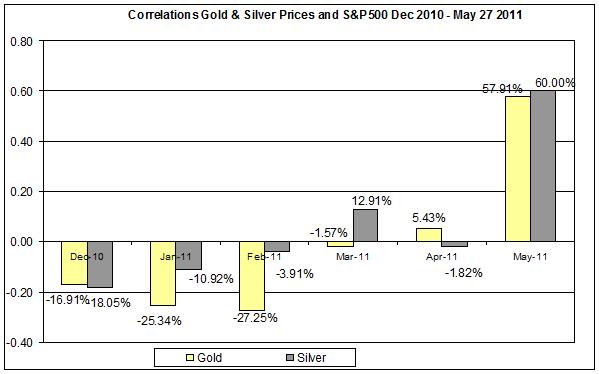 In the previous months there were close to zero correlations between the precious metals and S&P500 daily percent changes.

This finding might indicate that the declines of these metals and S&P500 might be stem from similar causes, such as the changes in the US dollar compared to major currencies during May. 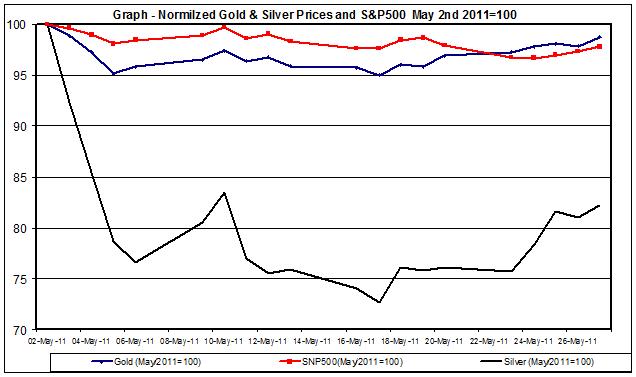 These findings show that during May gold outperformed the S&P500 by a very small margin, but demonstrated a higher volatility; silver did worse than both the abovementioned indexes.