Crude oil prices continue to change very moderately as they did in recent weeks, but there was a rise in oil prices during last week; this rise, might have been affected, in part, by the recent OPEC meeting, in which the members didn’t reach a consensus  on the oil production quota.

Let review the changes during last week (June 6th to 10th) of crude oil prices (Brent oil and WTI), and present a summary of the recent EIA petroleum report:

Europe Brent spot oil price rose by 2.43% from beginning to end, and its average price increased by 1.4% compared with previous week’s average.

The difference between the Brent and WTI spot prices inclined sharply and averaged at $17.26 as it finished the week at $18.91 – the highest price level since February 21st 2011.

These findings suggest that there might be a tighter oil market in Europe than in U.S. which could interpret the widening of the gap between Brent oil and WTI spot oil.

The chart shows the moderate rise of WTI and Brent spot oil prices during most of the week. 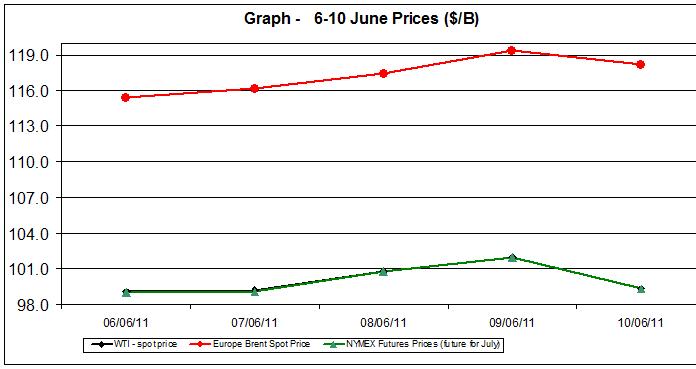 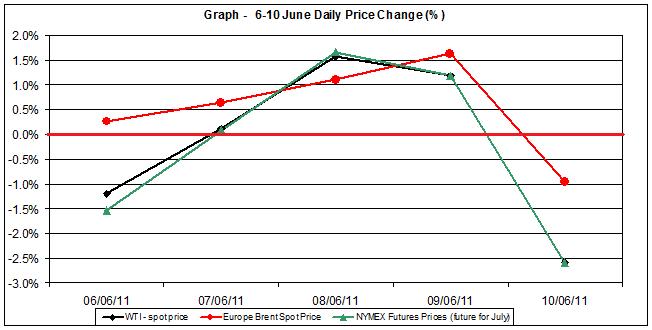 In last week’s EIA report about petroleum stocks, consumption and production, U.S. Petroleum and oil stocks inclined during last week by 7.2 million barrels, or by 0.41%. For the week ending on May 27th the oil stocks reached 1,788 million barrels – the highest level since February 11th, 2011. 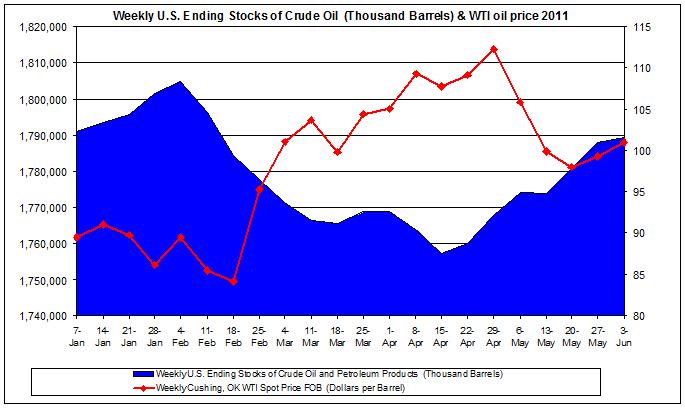