This growth rate is a bit below expectations and could further strengthen precious metal’s prices.

The rise in the US GDP 2011 Q2 was stem mainly from the increase in exports, nonresidential fixed investments, and federal government spending. 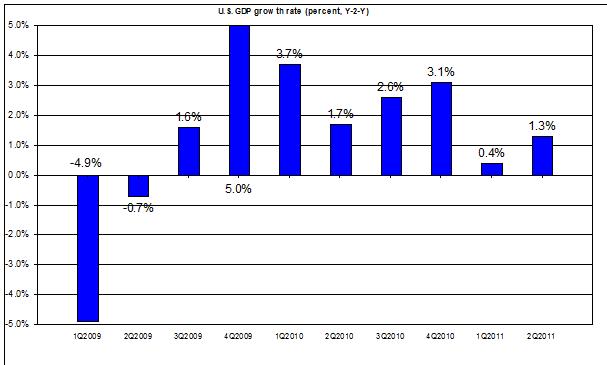 The Canadian GDP was also published today vis-à-vis May 2011; according to the report, the GDP fell by 0.3% in May compared to April 2011. Furthermore, oil and gas extraction declined by 4.2% as wildfires in Northern Alberta and maintenance shutdowns caused a reduction in production. This might be the driving force for today’s depreciation of Canadian dollar against US dollar, and consequently drive crude oil prices down.