Yesterday, Ben Bernanke, Chairman of the Federal Reserve, gave a speech in which, as expected, he said the Fed will keep the US basic interest rate unchanged between 0 and 0.25%.

The decline in the US inflation rate (see below) might have also contributed to this “no change” decision.

All things being equal, this news is likely to keep the US dollar strong, mainly as the Greek debt poses a threat on the stability of Europe and its currency.

The Fed also updated its forecast on the US economy’s growth rate; according to the new forecasts the US GDP is expected to grow by only 2.7% to 2.9% during 2011, which is a decrease from the Fed’s forecasts in April of 3.1% to 3.3%.

The projected inflation in 2011 is set between 2.3% and 2.5%; considering the recent rises in gasoline and crude oil prices, this rate seems low. 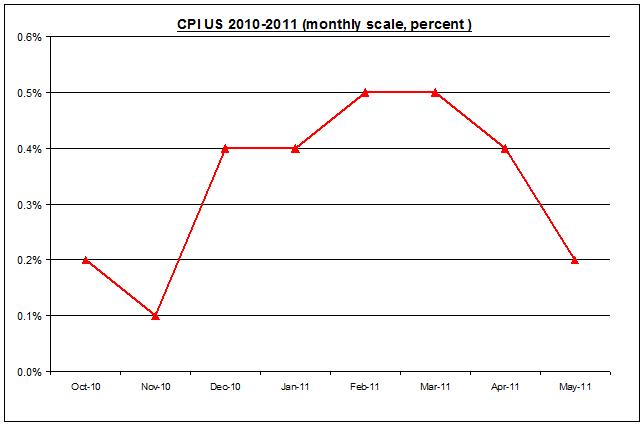