Gold and silver prices started the week with rises as the talks over raising the US debt ceiling reached a stalemate over the weakened.  Today, the Governor of the Reserve Bank of Australia will give a speech. 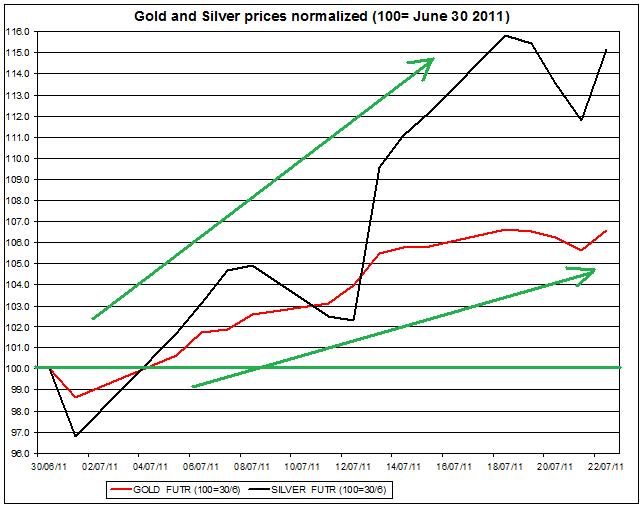 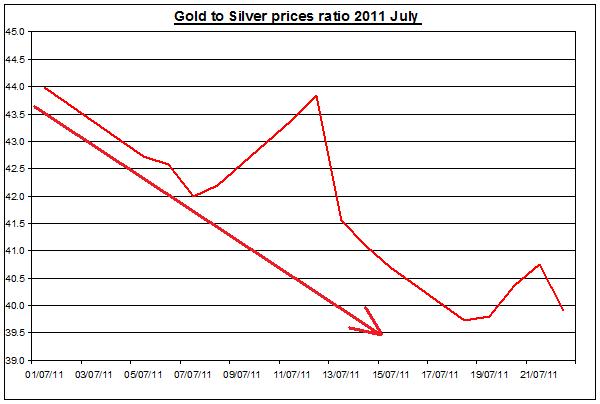 The weekend ended with no resolution or agreement between Republicans and President Obama over changing the Federal law to raise the US debt ceiling. The deadline before US is expected to default on its loans is scheduled to August 2nd; therefore, the parties have until then to reach an agreement by raising the debt ceiling, which is currently at its cap of $14.3 trillion. The major rating agencies including Moody’s Investors Service, Standard & Poor’s and Fitch Ratings claimed that even if US will reach an agreement to raise the debt ceiling in due time, it doesn’t guarantee they won’t downgrade US’s AAA credit rating; if US won’t raise the debt ceiling by August 2nd, they said they will cut US’s rating. This news will continue to occupy the financial market and may affect not only the US dollar but also the US financial markets: despite the recent news that the U.S. Treasuries longer-term notes holdings by other countries inclined during May 2011, this upward trend might shift direction in the following months as  U.S. Treasuries longer-term notes  will become riskier than before; the S&P500 also didn’t perform well during July as seen in the chart below, and gold and silver prices have substantially outperformed the S&P500 index. 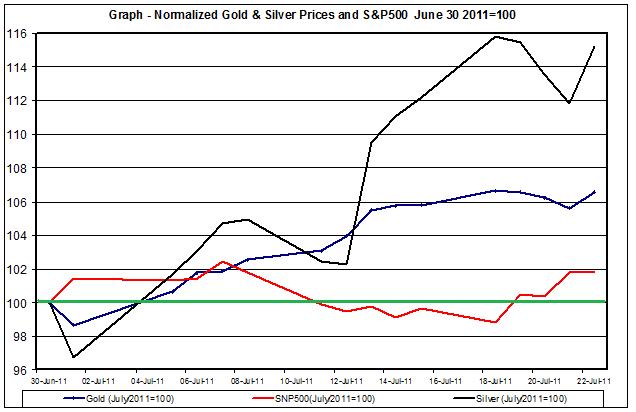 The precious metals prices are currently traded with up in the European markets:

The current ratio of gold to silver prices is at 39.91.